4 Risks Of Investing In CDs

The Risks of Investing In Certificate of Deposits

Are CDs safe investments?  Is it possible to lose money by investing in a certificate of deposit? The short answer is yes, but the long answer is that it depends on several different risk factors.

Here's a list of the risk factors that can determine if you will lose money investing in CDs:

The first question is, do you plan to own the CD until it matures? Holding a CD until it matures merely means that you intend to keep the CD until the end of the agreed-upon term.  If so, then it is almost impossible to lose money with a certificate of deposit(except for bank default).  We will never say never, but by holding the CD until maturity, you are ensuring that you'll get the full original principal amount returned to you with interest.

If you don't plan to hold the CD until it matures, then it is possible to lose money.  If you buy the CD directly from the bank to withdrawal your money before the maturity date, you will incur an early withdrawal fee or penalty.  If not very much interest has accrued in the account, the early withdrawal fee may be greater than the interest earned, thus causing the account value to be less than when it started.

If you buy a CD from a bank in the open market or through a broker such as TD Ameritrade, then you will likely be able to sell the CD back into the open market when you so choose.  This is where the direction of interest rates will affect the selling price of the CD.

To understand this, you need to know how interest rates affect debt investments, such as CDs or bonds.

It is also important to note that brokered CDs don't have a liquid secondary market, which introduces a level of liquidity risk as well.

The third way that bank CD can lose money is by the bank going into default or bankruptcy.  Bank CD's are FDIC insured up to $250,000 per FDIC insured bank.  That means if the investor has over $250,000 in a CD at one lender, then it is possible to lose some of their principal investment if the bank goes into default. 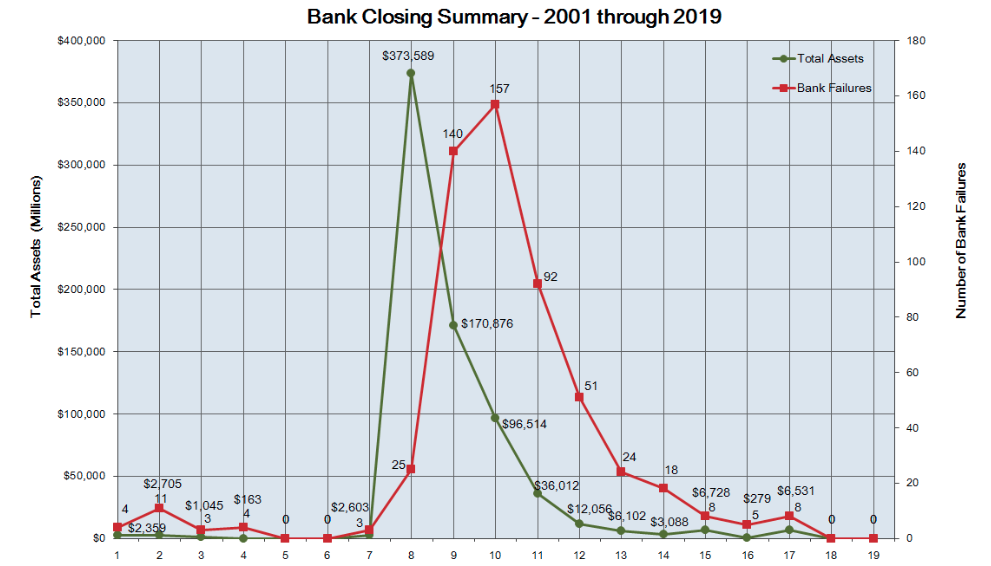 The fourth way that CD's could lose money is inflation risk.  Certificates of deposit pay a fixed rate of interest, and if inflation were to increase substantially, it could eclipse the interest earned from the CD.  In most years, inflation grows at around 2 to 3 percent, and the Federal Reserve openly states that that is their goal.  In the years where inflation is higher than this, it can mean inflation is eating away your CD's interest.  But for the kind of people investing in CD's, this often beats the alternative risk.  The risk of investing in some riskier asset, such as the stock market that could decrease in principal value.  Nonetheless, inflation gone wild can defeat the original purpose of the CD, capital preservation.

To calculate the inflation risk on a CD, use a CD calculator like this one.

Although CDs are a relatively conservative investment, they still come with their own unique set of risks.  But by knowing the risks, one can try to avoid them as best as possible.

Certificates are an investment that people go to when they want to protect and preserve capital.  Even with the risks, CD's tend to do the job they were created for.

To calculate the APY from a CD, use our APY Calculator.