An Overview of Online Sales Tax

For many, knowing whether to collect online sales tax is confusing.  When selling something from a physical storefront, a person purchases something, sales tax is collected, and at the proper time, the sales tax gets paid to the local authority.

It seems simple right?  It is simple until one considers that both state and local governments may charge sales tax.  And that states charge sales tax on certain items but other items are exempt from sales tax?  And then if you sell something online, is sales tax charged by the state where the purchaser is, or where the seller is?  You see, it isn't as simple as it first appears.  But we are here to boil down the issue of online sales tax and hopefully make one part of sales tax simple(r).

In the early days of the internet, it used to be that sales tax did not need to be collected unless the business had a physical presence in that state.  However, in 2018 the Supreme Court ruled on the case South Dakota v. Wayfair which mandated that if a company did not have a physical presence in a state but had more than 200 transactions greater than $100,000 of sales in a state, they could be required by that state to pay sales tax.

Also, states understand the challenge that paying different sales tax in each state presents.  That is why the "Streamlined Sales and Use Tax Agreement" was started. 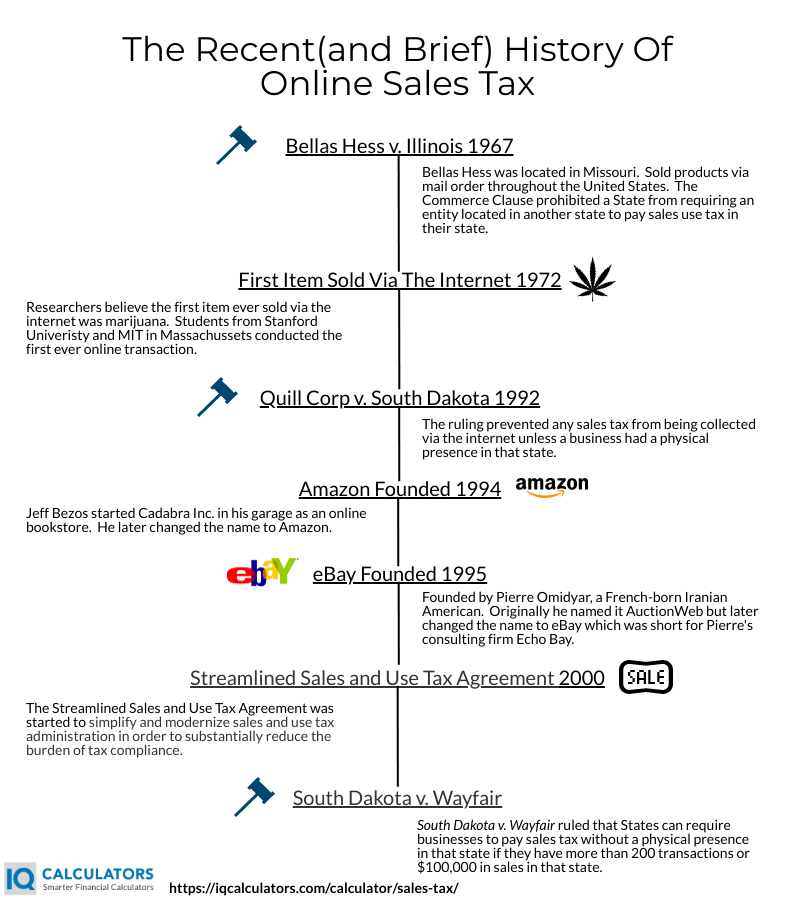 Streamlined Sales and Use Tax Agreement

The Streamlined Sales and Use Tax Agreement was born in March of 2000 out of two other Supreme Court rulings called the Bellas Hess v. Illinois(1967) and Quill Corp v. North Dakota(1992) decision.  At the time of these rulings, the logic behind them was that the existing sales tax system was too complicated to pay sales tax in so many different states with different sales tax rules and regulations.

Even before we had the S. Dakota v. Wayfair ruling, the purpose of the SSUTA was/is to "simplify and modernize sales and use tax administration to substantially reduce the burden of tax compliance."  If you visit the SSUTA website, you'll see that they plan to do this through 10 strategic objectives that we won't go into detail about here.  As of the year 2020, 24 states have adopted the measures outlined by the agreement with more looking to follow suit soon.  Those 24 states represent 31 percent of the population according to the SSUTA.

Online sales today are growing rapidly each quarter.  However, it may surprise you that online sales only make up a little over a tenth of the total retail sales in the United States. 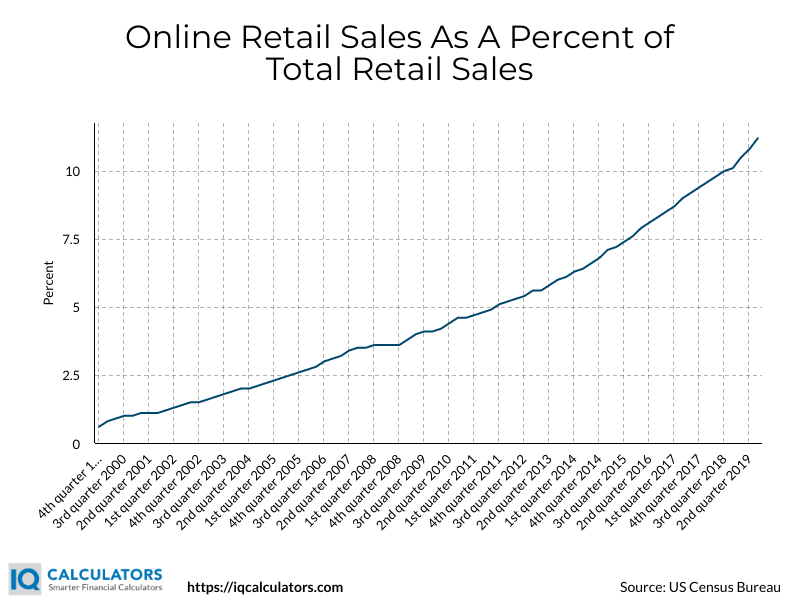 The term nexus describes the physical presence of a business in a state.  And in legal terms, that was the business' "connection" to the state, which is where the word nexus is derived.  However, since the South Dakota v. Wayfair ruling, states have been updating their sales tax laws to redefine and specify what the term nexus means in their state.

For example, most states will now define economic nexus similar to S. Dakota v. Wayfair ruling, where if they have a certain level of economic activity in a state, they will have nexus in that state and be required to pay sales tax.  And for online businesses, there are other rules to comply with as well to determine if nexus exists.

If you run an online business, there are gray areas that can confuse.  Here are some of those scenarios.

Here is an excellent resource with a state by state nexus chart for remote sellers from the Sales Tax Institute.

The Due Process Clause and the Commerce Clause

These are two clauses in the United States Constitution that many lawyers and accountants have leaned on to defend not paying sales tax across states.  The Due Process Clause from the 14th amendment states that a company must have at least minimal contacts with a state for that state to impose a sales tax.  And in the Commerce Clause, it requires that a state may not unduly burden interstate commerce.

Through S. Dakota v. Wayfair, the standard for the Commerce Clause lowered, and it has now changed what constitutes as "minimal contacts."  There may be legal battles that get renewed in the future.  If they do, these two clauses will likely be the source from which arguments get made.

At last, we leave you with a visual of how regularly people are shopping on Amazon.  We expect this to continue to grow over time and make understanding online sales tax all the more critical. 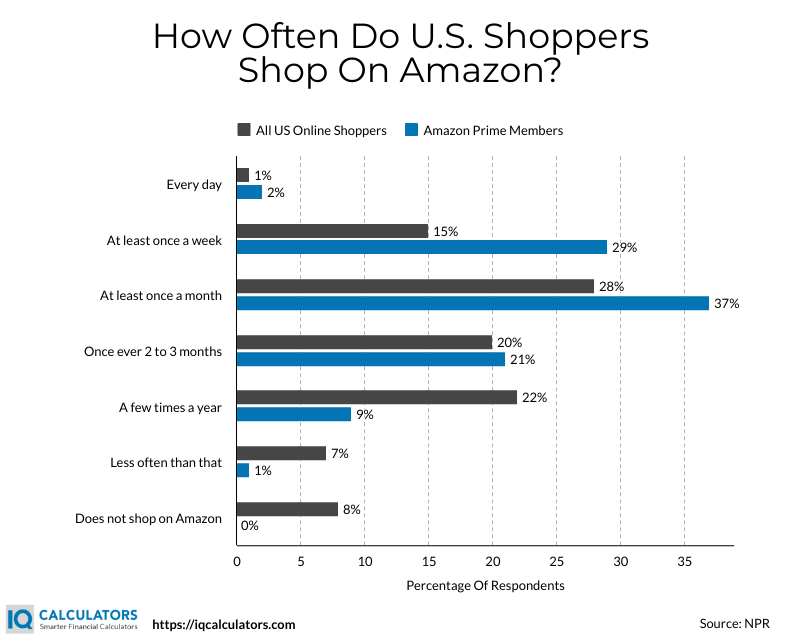